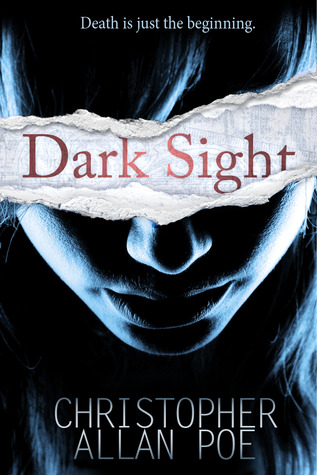 This is the cover :O

As the only black student at an all-white school, Monique Robinson has always had to prove herself. When her best friend, Victoria is left brain dead, Monique fights to bring her back. But she soon realizes that blurring the lines between life and death has its own price. Can Monique save her best friend before she heads down a path from which no one will return?

From the beginning of this book, I was seriously captivated and couldn’t take my eyes off of the pages of this book, that’s how good the suspense, and wording of this story was. From page one, to the very end, I had tuned out all noise, and the beautiful nature calling out my name outside just to finish this book, and right now I just did and I cant believe what I read.

Honestly, when I started to read this book I was a little worried and nervous at first. I thought that according to the blurb, this was going to be one of the racism/history stories. But, that was not the case with this book AT ALL…

Instead of being like that, this book was a paranormal, horror, nail biting, edge-of-the-seat, type book.

All the characters are not as they seem…

First I’ll start off with Monique:

She is our book heroine; she is strong minded, selfless, focuses on point at hand, and sometimes you don’t even notice that she is 15 years old! If anything she’s 18! She has a job, helps her dad pay the bills, and drives 😀 (with a permit 🙂 )

She is our book heroines best friend; everything with her was as normal as normal can be. Until she and Monique had the biggest fight of their lives and the next thing Monique knew, Victoria was run over by a car and brain damaged (that’s what the doctors say). But, she ended up being a soul sucking machine! Before, she acted as if she was brain damaged, but then when Victoria found out Monique was with her all along, she felt better and turned out blind. Until a couple of days later Victoria started getting weirder. Every time she touched a person, she “fed” off of them, which really means  she was feeding off of their soul and personality, causing her to act the same way as the person she fed from. So, she had to stay away from bad people or she would turn bad.

Those are the main characters in this book.

**SPOILERS!!! (DO NOT READ FURTHER IF YOU HAVENT READ BOOK)**

So really, Victoria ends up dying a quick death when she doesn’t feed off of anybody anymore, but she dies as herself, not the thing inside her doing all of the cruel things she has done in her past. Monique ends up with Ethan (a boy who helps her out with Victoria and all of the problems that happen in this book, he doesn’t really show up a lot), and Monique moves with her dad right after she buries Victoria’s body, moving away from the people, school, and issues that were there.

All I know from this book was that it was creepy, freaky, and unexpecting, but it was so gooood!!! Especially when you read it in the dark with only a little light on to actually set the mood of the book xD (It wouldn’t be good to read it on a sunny day at the beach though :P)

So if you want a scare, suspenseful book, try this author out! He is worth to read!!! 😉