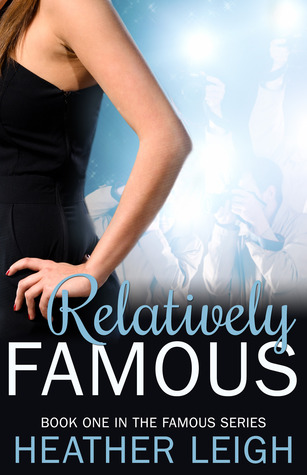 Ok, I haven’t been able to review all week, which is why I’m incredibly late with this review, sorry c;

Thank you Heather, and Goodreads for providing me a copy of this wonderful, hot, and sexy book!!! This is the type of book I have been waiting for, for my entire life!!! Thank you!!!!

Oh and beware, there is going to be a lot of this:

….. especially when I mention the hot, sexy, pushy, protective, violent, did I mention hot and sexy? Drew <3333
(view spoiler)[(From the moment Drew and Sydney met, I knew they were going to end up together I some way, and that Drew was hiding something 🙂 (hide spoiler)]

My first reaction with this book:

Throughout the book, there was a lot of this:

Especially when Drew’s name kept on coming up on the pages -sigh- 🙂 DREW IS NOW ON MY TOP LIST OF BOOK BOYFRIENDS!!!!

Lets see what else? Oh yeah, let me tell you what else I thought of the book *blushes* sorry, got carried away with swooning over Drew ❤

Anyway, there was also this:

At the ending, because of something that happened and I was just like…

…… that did not just happen!!! (if you’ve read the book, you know what I’m talking about 😉

There was also this:

AND BOY WAS IT HOT!!!! I had to fan myself after like half of the book!!

Let me give you a short summary, because I feel like I’m leaving you in a black hole c:

In this wonderfully hot and sexy novel we have Sydney Allen. Who in her world, is trying to be your average 24 year old New Yorker. But it is very difficult. Because guess what???? Her mother is Evangeline Allen!!!! Who is a Oscar winning actress known as “America’s Sweetheart” to moviegoers across the globe!!!!

And it gets harder!!! Her father is Reid Tannen!! Only like Hollywood’s hottest Bad Boy and one of the highest paid actors in the world!!!!

Everything was going great for Sydney, until her parents’ divorce happened when she was just 12 years old.

She was set off by a series of haunting incidents that left Sydney scarred mentally and physically. And the cause of that?
Paparazzi.

Hollywood destroyed her parents’ marriage and almost destroyed her. She hasn’t owned a TV, read magazines or watched movies since the divorce, refusing to take part in an industry that brought her so much pain. (can you imagine without any of that?? I would be able to function!!)

Now 12 years later:
Her mother took her from LA and hid her in New York to keep her safe, and somehow Sydney has been able to keep her identity a secret from everybody except for her best friend Leah.
She guards her identity fanatically, not letting anyone get close enough to her to find out who she is.

Sydney meets the gorgeous but mysterious Drew Forrester!!!!
She meets him at a crowded coffee shop one morning, and her entire life changes.

This is when things get complicated, because now it’s time for her to decide if he’s worth sharing her secret with, or if she’s better off being alone forever. What would you do?

But there’s a catch because maybe Drew is hiding something too, he did look pretty suspicious when he had the ugly hat when they met….

Anyway, this book was awesome!!!
It has its happy moments, frustrating moments, sad moments, excited moments, swoony moments, and it made me want the second book RIGHTNOW!!!!

Or else I will have to,

Ok, I’m overreacting, but now you know how badly I want it now!!!

Now will just lay here, and count off the days 😥 -sigh-