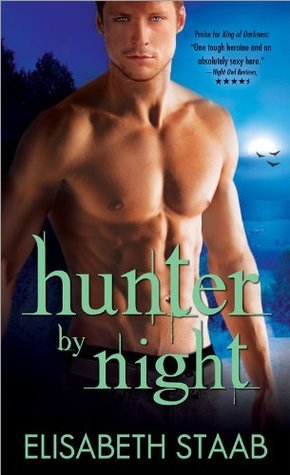 She wants out.
Party girl Alexia Blackburn is only hanging around the vampire compound until her best friend—the queen—has her baby. After that, nothing is going to stop Alexia from getting back to daylight, safety, and feeling like a normal human being. But leaving the vampire world has one big catch…

He needs her to stay.
Head of vampire security Lee Goram has hated and distrusted humans for centuries. Feeding on vampire blood has kept him strong…but now it’s killing him—and he’s horrified to discover that Alexia may hold the key to his cure. He’d rather die defending his king than admit his weakness, but time is running out for the great vampire warrior…

This book has 2 POV’s. Alexia, and Lee. They both like each other, but the problem with that, is Lee is a vampire warrior, and Alexia is human. They both try to ignore the chemistry they have for each other, but they eventually give that up at the middle of the book, when Alexia almost gets kidnapped. Lee flips and confesses his love, and they end up together, I’m sure their relationship blooms in the next book, like the other 2 couples in the previous books.

Mostly I liked the way the author combines all the characters from the previous books, and gives them some of the spotlight even though it wasn’t suppose to be about them. All the characters had a few sides.

For example: Lee was suppose to be this bad-ass vampire warrior, but when t comes to losing Alexia (the ones he loves) he can grief, and be really mad, or even have a smile on his face, that is so rare nobody ahs ever seen it but the one that deserves it.

Also, there’s the one in charge of the vampires, Alexia’s best friends husband. He is the most powerful, but when he is around crying women, OMG he can’t stand it!! (like he walks out of the room before he cries, or even breaks down in front of his people!) It’s hilarious!

Now back to my hyperness :3

Ooooooohhhhh booooyyyy was that hot, sexy, and the ending was just FANTASTIC!!! And SATISFYING!!!!

OMG!!! I’m so glad I own this book now!!! And that I found out about this series!!! Because now I can buy the rest of the books of this series!!!

Where the first book, is about the king and queen of vampires ending up together.

And book two, where one vampire broke the rules, and fell in love with a wizard!!!!

I’m probably not making sense right now, because in so happy, and tingly, and just hyper and AHAHAHAHHHRJDODJRHDBSNBJDJEJ

I’m going to calm down now 🙂