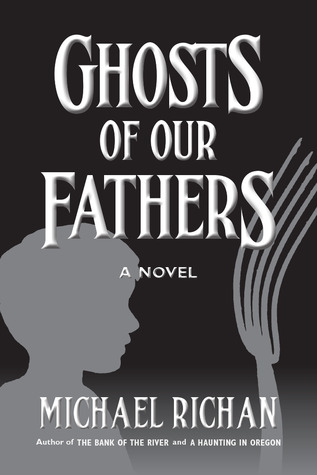 Title: Ghost of Our Fathers (The River #3)

This book is about a boy named Steven who is scared. He’s scared because he was awakened in the middle of the night by a mysterious figure that threatens to kill him. He wonders if it was a ghost, or some other evil creature. Steven’s determined to figure out what it is and how to stop it. He normally turns to his father, Roy, who is educating him on how to use “the gift” to deal with ghosts and other threats, but Roy isn’t available (forsome reason). Steven turns instead to his “gifted” friends Eliza and Daniel. Daniel’s an expert on time, and they all soon discover the true nature of the threat: it comes from the past and it’s worse than any of them realized. Strange ghosts and creatures stand between them and the solution. Time is running out as Steven, Roy, Daniel and Eliza dig into the past to learn of half-finished business that is coming back to haunt them all.

Ghosts of Our Fathers is a fast-paced horror-thriller where Steven and Roy confront a history that is determined to take revenge upon them all.

I know this is the third book in the series, but its not really necessary to read them all, but if you want to see Steven improving in his “gift”, and finding out what he is throughout the series, then start from the beginning, but I wasn’t all that confused, from starting in the third series. Because the author does a good job catching you up…

So yeah, this book was more on the mystery, paranormal side… Which I love 🙂