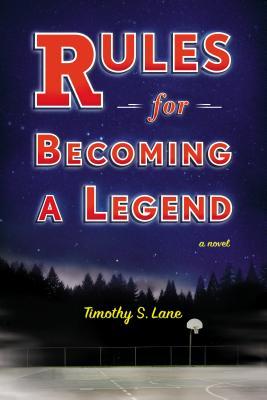 Title: Rules for Becoming a Legend

This book was good…
Not the usual type of book I would just pick up, but its pretty good…
Let me explain to you why;

At first, when I saw the cover, I thought that this story was going to be about an athlete who is having problems with his career
But I never expected what I thought it was, mixed with family, hope, murder, getting another women pregnant, and catastrophe!!!

Hmmmm, I guess I needed to read it after all, because what I thought of this book was waaayyyyy different than what it actually was….

Now let me tell you what it’s really about:

This book is about a rising basketball star wrestling with his town’s outsized expectations and his family’s complicated legacy again, I don’t read lots of books that include athletes (with the exception of Offside).

In this book we have Jimmy “Kamikaze” Kirkus,.
Who is a half-white, half-Asian basketball sensation from small town Oregon.

He has college coaches flooding his mailbox with recruiting letters.
Let me show you:

Anyway, Sports Illustrated has already profiled him, and everyone in town hangs on his every shot. But nobody can possibly fathom the weight of all this upon Jimmy’s shoulders, or the looming legacy that casts a wide shadow.

Then we have, Todd “Freight Train” Kirkus, who seemed destined for the NBA until he impregnates Genny Mori, the tough yet fragile daughter of the only Japanese family in town. Dreams of stardom and riches are traded in for a hasty marriage and parenthood until tragedy slams the Kirkus family. Jimmy and his wisecracking little brother Dex are born into a broken family, one haunted by wasted talent, alcoholism, and death.

I know, I know, this book has a lot of things you don’t expect in it according to the cover… but that’s what it is……

In this story, you begin to understand family, community, catastrophe, passion, and hope, in a sportsy kind of way.

This story has complex characters, and uses basketball to explain to readers what it really means like to be in a family, and hope for the best!!! 🙂