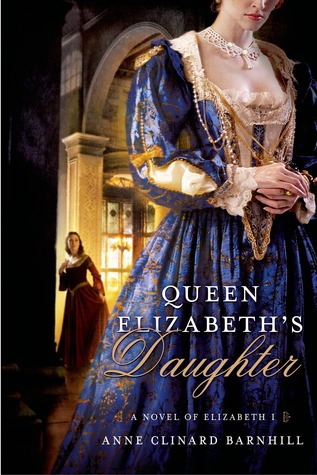 This story is about Mistress Mary Shelton.

Who is Queen Elizabeth’s favorite ward, and enjoying every privilege the position affords. The queen loves Mary like a daughter, and, like any good mother, she wants her to make a powerful match. The most likely prospect: Edward de Vere, Earl of Oxford. But while Oxford seems to be everything the queen admires: clever, polished and wealthy, Mary knows him to be lecherous, cruel, and full of treachery. No matter how hard the queen tries to push her into his arms, Mary refuses.

Instead, Mary falls in love with a man who is completely unsuitable. Sir John Skydemore is a minor knight with little money, a widower with five children. Worst of all, he’s a Catholic at a time when Catholic plots against Elizabeth are rampant. The queen forbids Mary to wed the man she loves. When the young woman, who is the queen’s own flesh and blood, defies her, the couple finds their very lives in danger as Elizabeth’s wrath knows no bounds

This book was ok, it was a historical romance, one of my favorite genres. I was so excited to read this book, because of that, but for some reason this book didn’t do it for me. I seriously don’t know. I’m believing it was because of the authors writing style, since it didn’t capture me enough to continue on. And while I was reading this book, I found myself skimming through the book, just to see what would happen with the ending. And that’s another thing! Too much details 😦 Details that just wasted paper. -sigh-

I’ll probably read this one again, just to make sure I didn’t miss a thing, but most likely wont change my opinion.