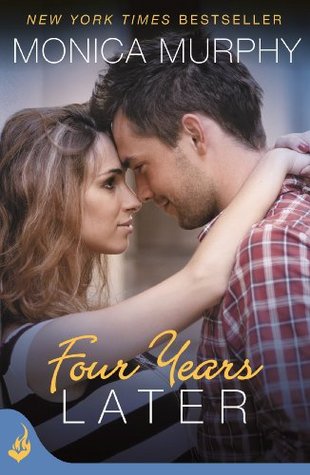 Let me begin by showing this:

Congratulations Monica Murphy for making me feel stupid into not buying the first 3 books before reading this one!!! Just wanted to let you know!!!

I loved everything in this book!!!!! Like literally everything!!! The only reason why I rated this book a 4, was because I had a problem with all of the cursing and stuff but that’s just me, so please don’t judge c: and because I wanted more!!! I mean why did you just end the book with (view spoiler)[her graduating!!!! I wanted to see if they would get married or something!!!! AHHH!!!! (hide spoiler)] you know????? Ahhh!!!!!

Ok, let me calm down…

Anyway, let me get on with my review….

In this book we have the guy that (started out in this book) gets suspended from his college football team, was forced to cut back his hours at The District bar, has crappy grades, and is forced to have a tutor, who is a girl that is way out of his league.

I know, I know, I said I would stop, but I just couldn’t help myself!!!

Owen has to put up with all of this, without turning to his sister, Fable and her pro-football playing husband, Drew (they both have their own story, which I need to read!!! Consider that book in my top TBR shelf!!!)

Owen just can’t seem to find his own way. His life is basically, doing drugs with is mother, and pulling a one nighter with a different girl every single night, and partying around with his friends and girls 😛

And again, this frustrates and sickens me 😛

The tutors name is Chelsea, and like I said she isn’t his type at all.

Chelsea is the total opposite of Owen, but you know the phrase:

Chelsea is smart and totally shy. And she is still a virgin.
At first she doesn’t do well with guys, let me show you:

That’s basically her, she has had this issue since, her father left her mother and her, got arrested, and is now trying to win her mother back, and like the stupidity her mother is, accepts his apology after over 20 years!!!!!

Anyway, she focuses on her grades so that she can get into a good job, she works 24/7 to provide money for her mother, and her apartment, and she basically lives in schoolwork. She’s never partied like crazy before meeting Owen, she’s never been on a real date, she’s never skipped class, been absent from school, you get what I mean, while she is a goody too shoes, Owen is the exact opposite from that, basically just flip everything around, and that’s him!!!

But don’t be fooled, because under all of that something totally different lays underneath the surface.

Basically this book tells you how 2 completely different people fall in love at first sight, and try to work out their differences, and shows you how people can change!! Hah i knew it was possible!!!!

-sigh- I’m just so happy!!!
Thank you goodreads giveaway for providing me a copy of this book!!!!